In recent years I have become a lover of Putz houses. You know, those adorable mini paper houses covered in glitter snow you see all Christmas long? Ya those. Ok, now that we have that straight let’s talk about how to make your own pretty Putz house over on the I Love to Create blog. There are blueprints online to make Putz houses. My friends made adorable Mid Century Modern A-Frame versions. Lucky for me I had the pre-scored thin cardboard that came in a 12 pack of mason jars. I just folded mine up to make a box, folded another set to make a roof and then cut out two triangles to fill the holes on the front sides. Your basic house can be pretty crude. I used a hot glue gun to hold the pieces together. Next using scrapbook paper (I used On Trend from Crate Paper) I covered my house. I used a woodgrain for the roof and a floral for the house. I used Tacky Glue to attach. You can see that I used scalloped edge scissors on the roof. Using a paper punch I made blue windows and attached them to the sides of the house with Tacky Glue. I wanted the front to have more dimension so the door is foam, the door knob is a scrapbooking brad, there is a wreath and then another brad. It’s not too much is it? I didn’t think so. 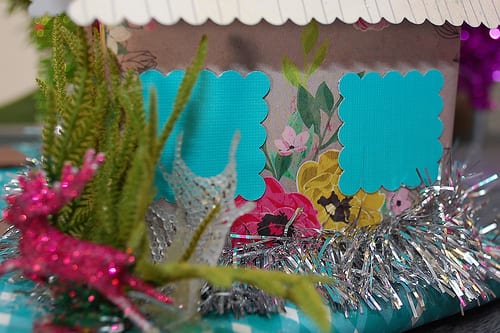 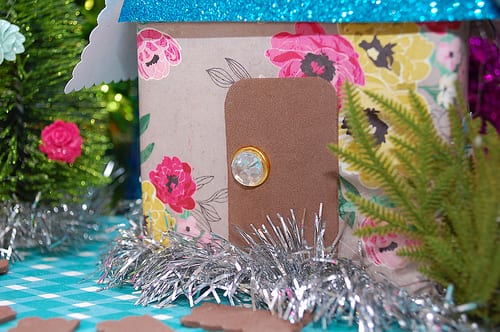 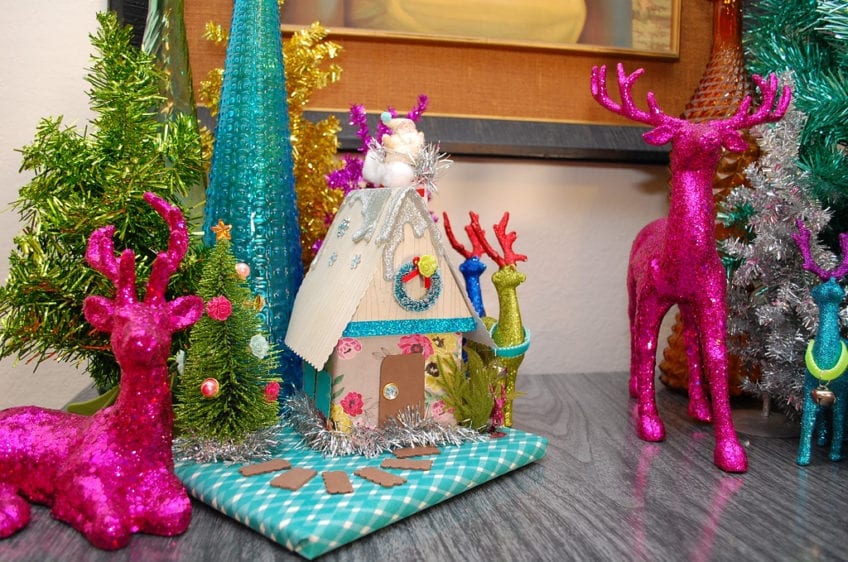 Using another piece of cardboard I cut out a chimney shape and painted it. Actually I had a wee helper paint it. Once it dried I had another helper cut a square hole in the roof of my house. I glued the chimney inside and added tinsel, cotton balls and more hot glue glitter snow. 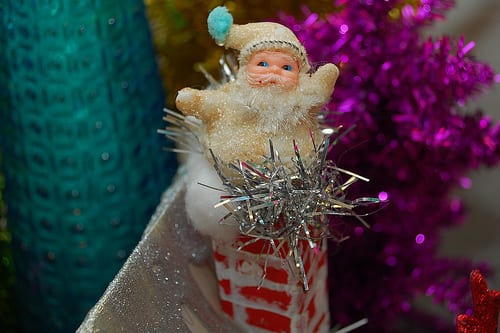 You could stop here, but why? I went ahead and added a base. Anything could be used, but I happened to have a small canvas that I wrapped in scrapbooking paper. I wrapped it just like a gift. 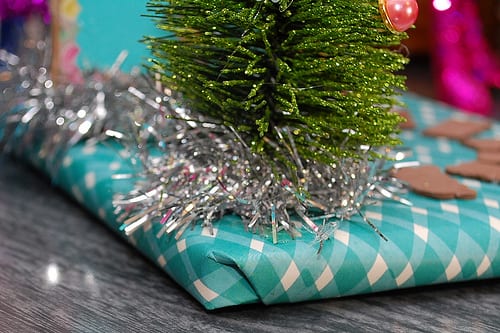 I had a wee helper paint my tiny reindeer with Tacky Glue and then coat in hot pink Tulip Fashion glitter while it was still wet. We sat this little dude aside to dry. 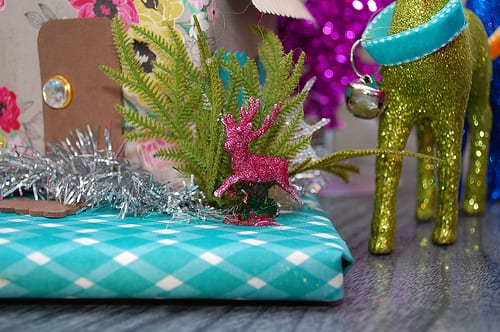 While the deer was drying I added a tree adorned with scrapbooking brads as ornaments, tinsel was glued on to the base of everything to act as snow, a wee of foliage was stuck here and there and a foam path was laid. 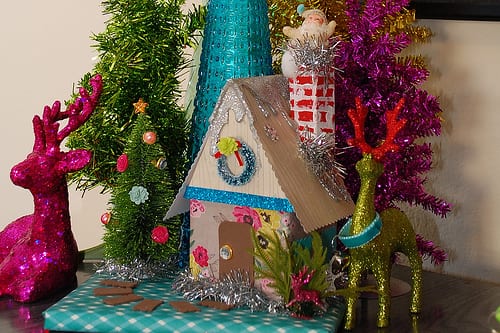 Once the glue dried on my deer I added him to the setting. All that was left to do was glue Santa into the chimney. Oh and give him a little blue pom pom on his cap. 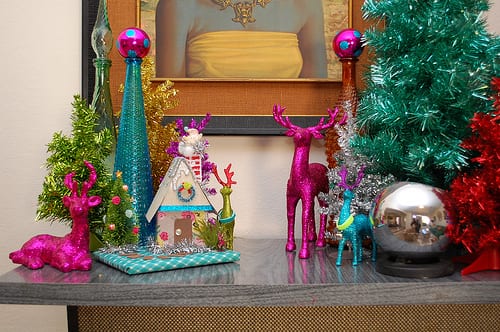 I’m kinda in love with this little house. In years past I have made Milk Carton Haunted Houses, Easter Bunny Bungalows from Birdhouses and even a Log Cabin House from a giant box. This cute little Putz might be my favorite. Shhh, don’t tell the other houses.