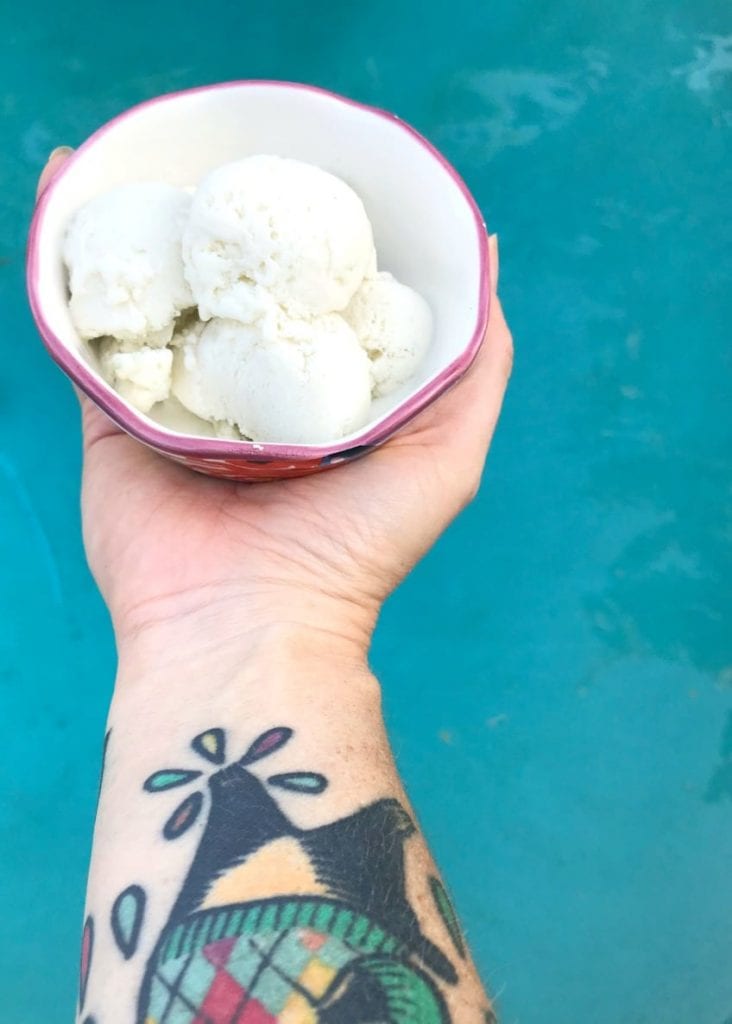 I kinda learned the hard way about lemongrass infused coconut milk.  The popsicles I mentioned had some serious grass stand action in them.  Don’t get me wrong they were super duper tasty but I learned to infuse the coconut milk with the lemongrass rather than putting the actual grass in the recipe.

How to Infuse Coconut Milk With Lemongrass

So here is where we get to the infusing part.  I brought my coconut milk to a simmer and added lemongrass stalks.  To get the full flavor effect when infusing with lemongrass you should first peel off the outer layers that are hard.  Next gently bruise the lemongrass.  I just kinda beat mine up with the dull end of a knife.  I let the milk and stalks simmer on low for 20 minutes or so. 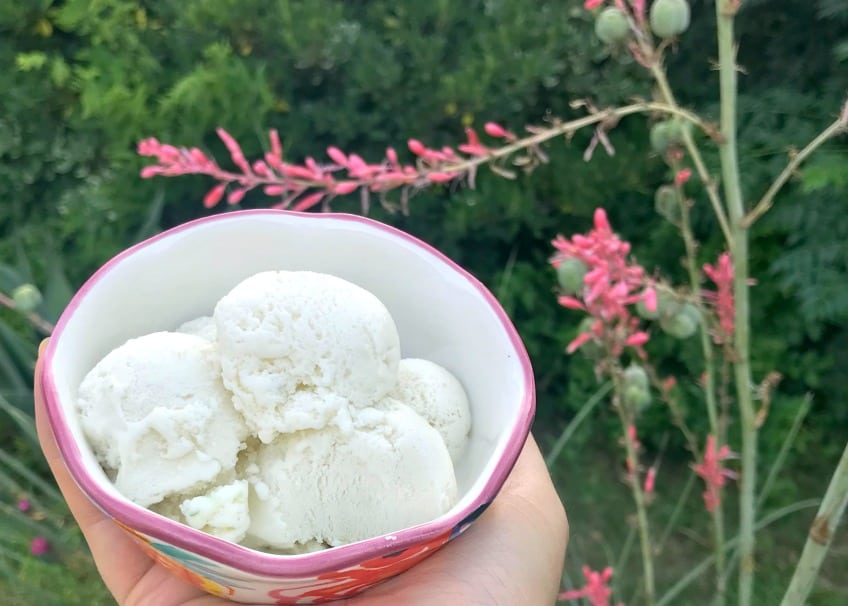 How to Make Coconut Milk and Lemongrass Ice Cream

Allow the infused coconut milk to cool.  Add all the ingredients to a mixing bowl and blend.  I used an ice cream maker to make my lemongrass ice-cream, but if you don’t have one I bet you could follow one of those crafty coconut milk ice cream in a bag recipes out there.

Imagine this bad boy with toasted coconut on top.  What about coconut lemongrass sorbet or gelato.  Oh the summer inspiration – really I’m into any type of lemongrass recipes. 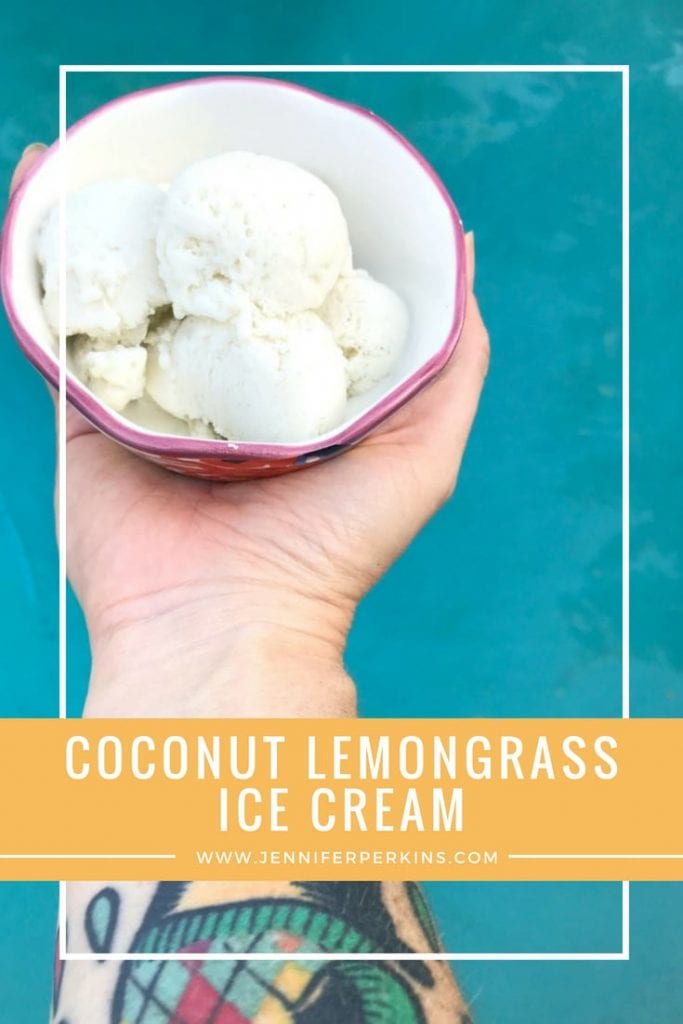 I’ll be honest with you, my kids straight up told me they prefer traditional vanilla.  I think it was a texture thing more than a taste thing.  I however LOVED this lemongrass recipe and would totally make another batch.  This time I’ll serve it to a group with a slightly more sophisticated pallet.  Would it be weird to bring a pint of lemongrass infused coconut ice cream to book club? 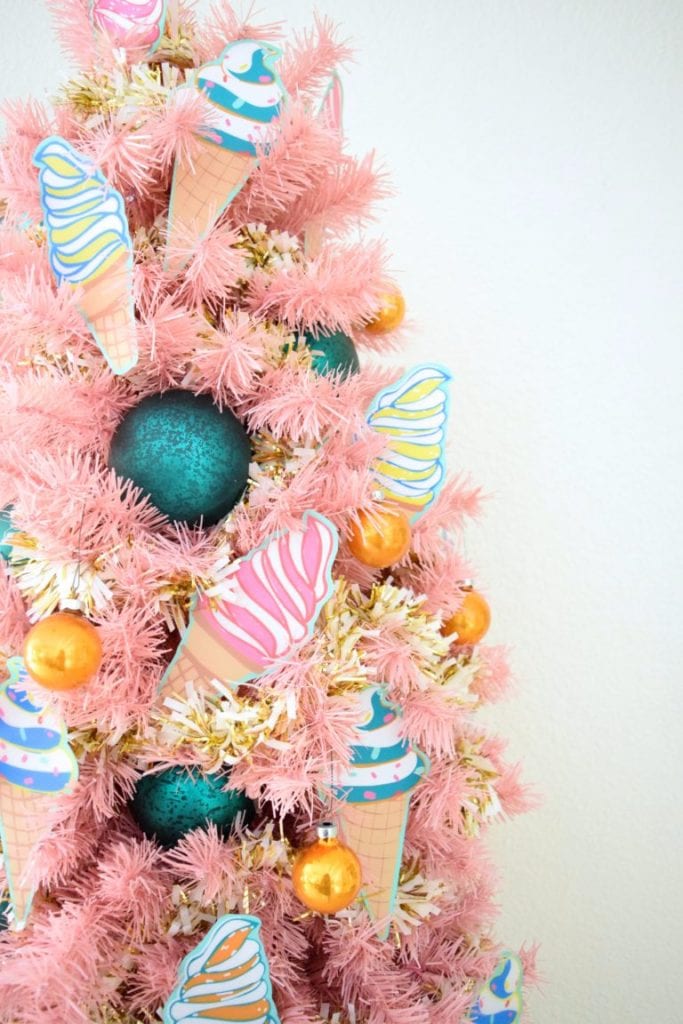 Pink Christmas Tree With DIY Ice Cream Ornaments – I bet your lemongrass and coconut ice cream would taste that much sweeter if you ate it next to this tree. 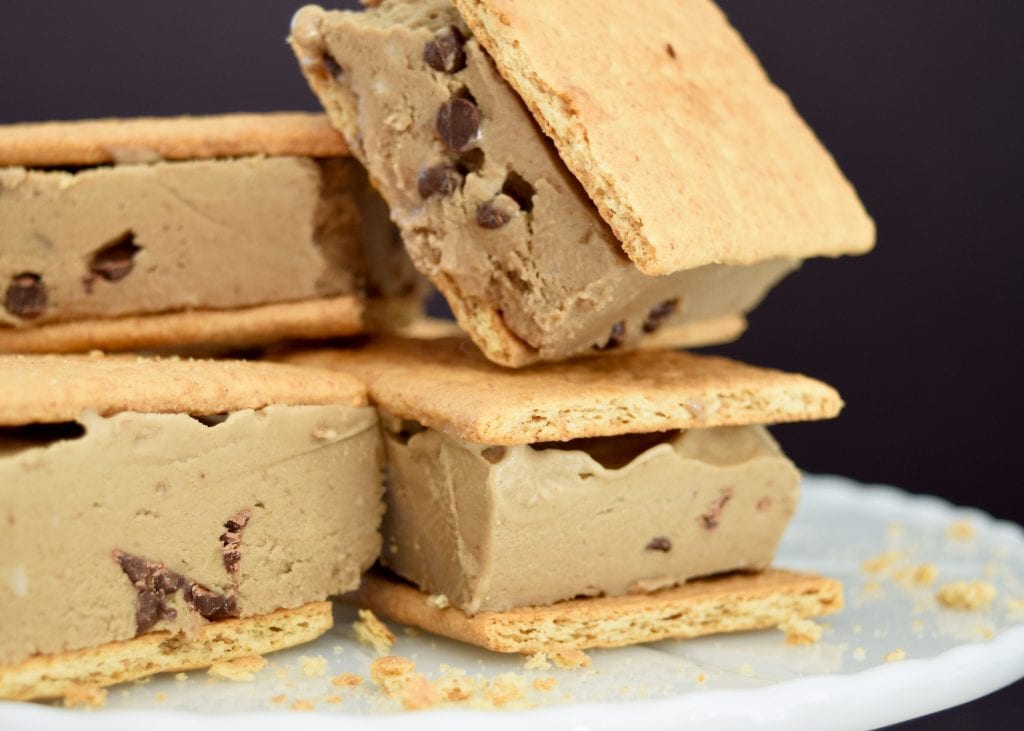 Sunbutter and Banana Ice Cream Sandwiches – If you wanted your lemongrass and coconut ice cream to be vegan you could try making banana ice cream. 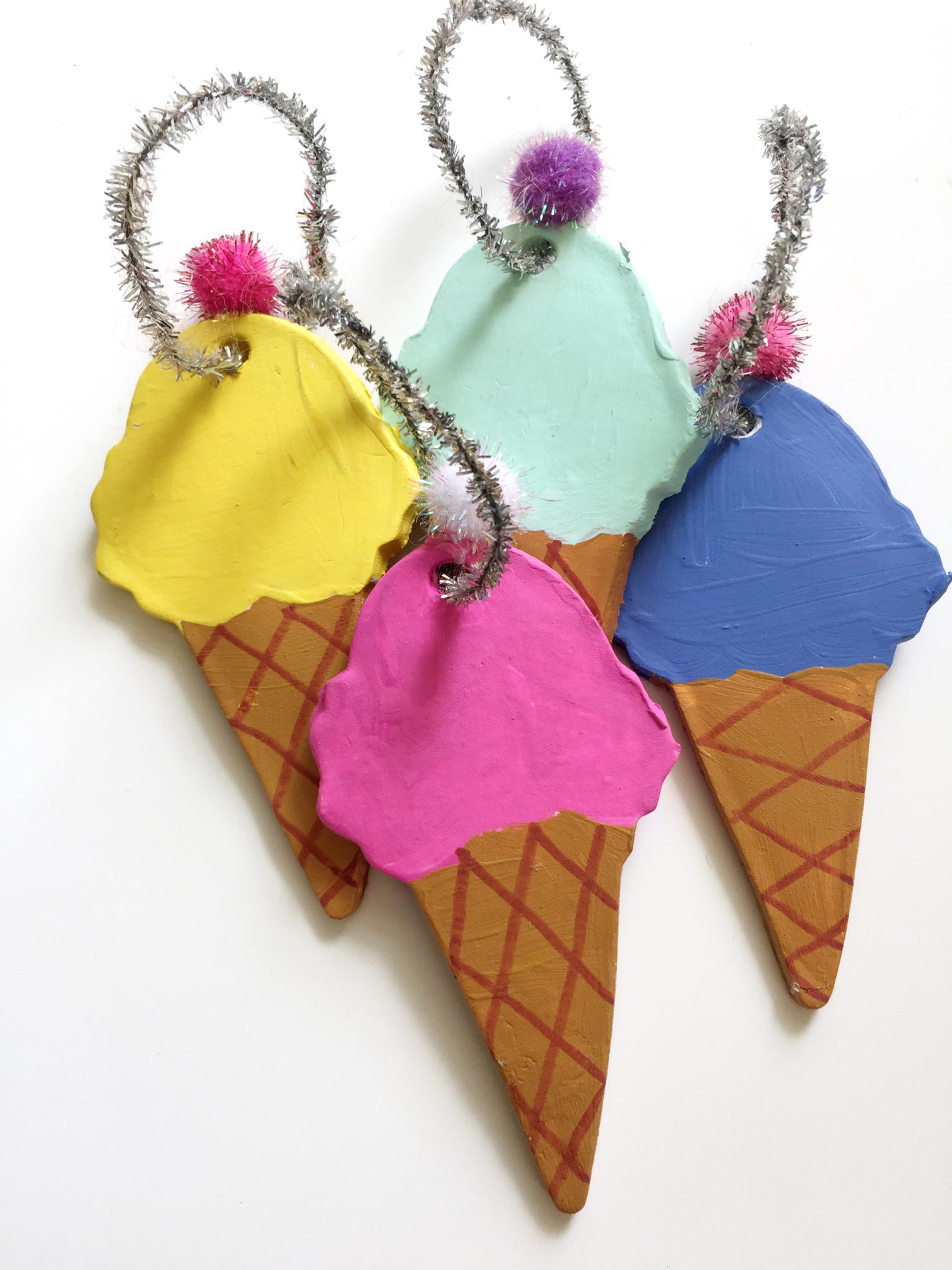 Air Dry Clay Ice Cream Cone Ornaments – Use these ice cream ornaments on a Christmas tree, to hang from your rear view mirror or just for fun.  Do you really need an excuse to make something this cute?