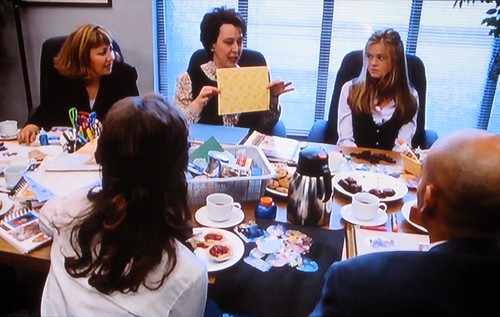 Since Santa brought me a Roku Chris and I have been enjoying watching oodles of movies and TV on demand. During the day while Tallulah naps I have been watching Lost. At night Chris and I watch Dead Like Me. Dead Like Me was a short lived program on Showtime about grim reapers. On a recent episode I spotted a little crafting action. Apparently even grim reapers like to Scrapbook. No wonder it is such a booming business. 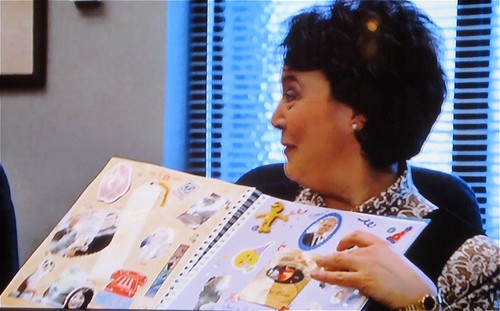 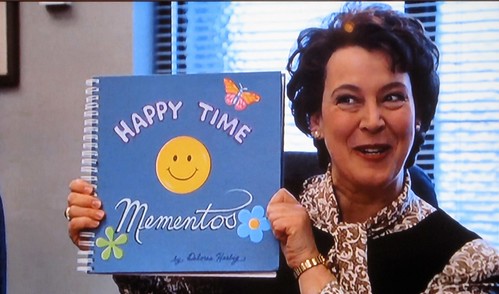 The main charcter George in Dead Like Me is invited to join a Scrapbook group at her job. 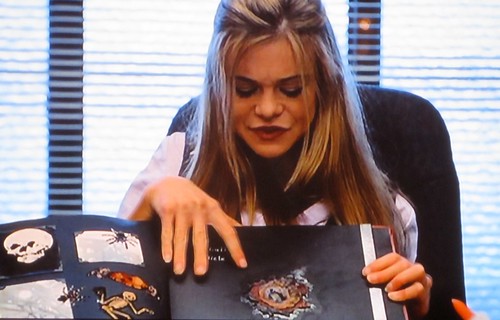 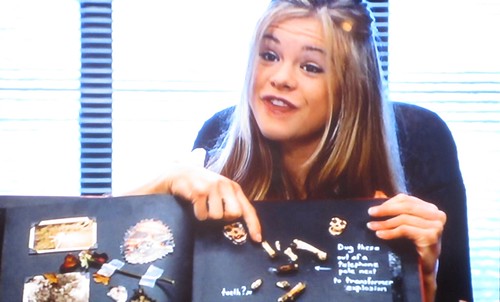 Initially she is not happy about the invite and the groups perky scrapbook pages, but eventually she finds her inner Michael DeMeng style and settles in.

3 Responses to “Handmade in Hollywood”